A team is a reflection of its leaders and we pride ourselves with amazing leaders who influence us.

Here are a few faces that make it happen. 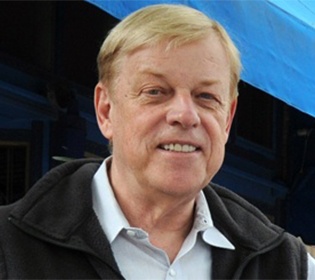 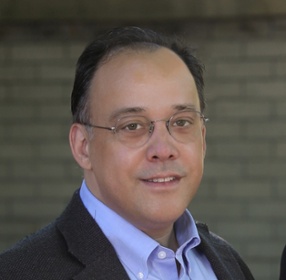 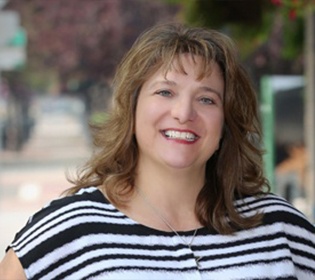 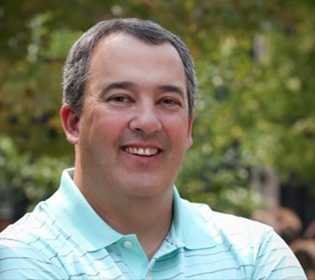 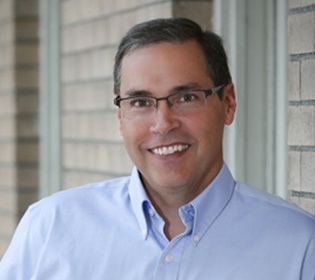 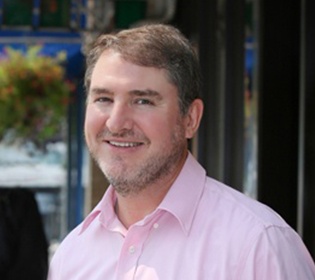 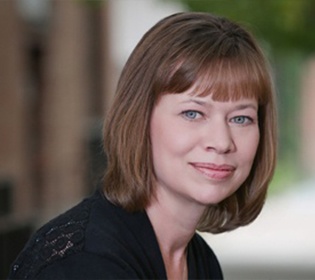 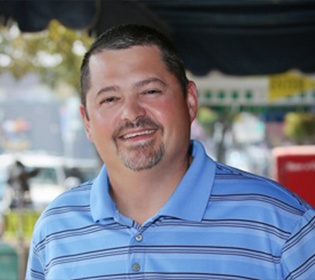 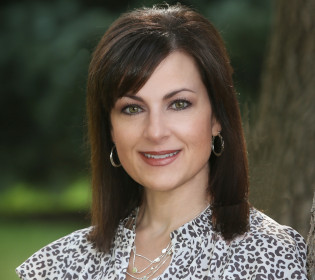 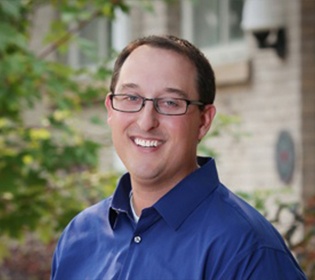 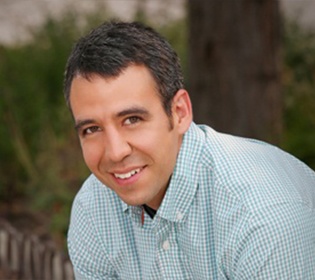 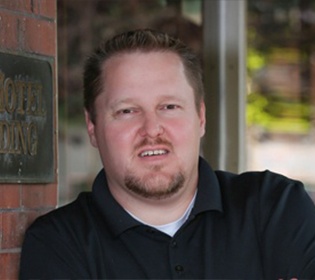 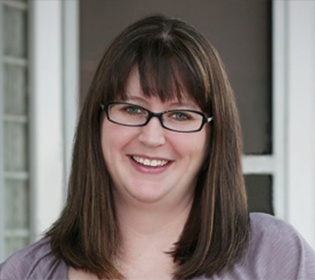 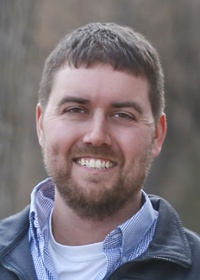 Connect with Mike Schaer on LinkedIn.

Building integrated software systems and listening to the needs of our customers continues to be winning formula today as it was when we first started over 40 years ago. To our customers, thank you for your business. To our employees, thanks for making it happen!

Connect with David Schaer on LinkedIn.

Every day we are challenged to marry our software in the best way possible to our customer’s operational needs. We strive hard to provide the best possible software experience for our customers. The dedication pays off as some of our customers have been with us longer than I have been at Computers Unlimited. I truly enjoy working with them each and every day.

Connect with Karen Morgan on LinkedIn.

I work with a great group of people who deliver our Technical Services and Products with efficiency and expertise giving our customer's a great experience.

Great Company, Owners, Co-Workers, and Customers. What an opportunity to do this type of leading edge work in such an incredible place to live. You can determine your destiny here - I truly believe that!

Connect with Chris Little on LinkedIn.

If you want to make a difference and be part of something that can positively impact the lives of people everyday then CU is for you. I thank Computers Unlimited for the opportunity to live and work in one of the most beautiful places in the world and to work with a fantastic group of extremely talented people.

Kevin Silvernagel began his career with Computers Unlimited in the Project Management Department as an Implementor, installing the TIMS Software for new customers. He transitioned to an Account Manager position and was involved with multiple large acquisition projects along with several international projects including implementing the TIMS Software across Mexico. Kevin was promoted to manager of Project Management and recently he has been promoted to the Director of Support Services. When not striving for excellent customer service Kevin can be found hiking the trails of Montana.

Connect with Kevin Silvernagel on LinkedIn.

Computers Unlimited is always looking for ways to streamline our product, processes, and talented professionals that can aid in our endeavors.

Over the span of my career, I've seen many new paradigms in technology. After getting my Electrical Engineering degree from the University of Wyoming, I worked for Texas Instruments as a Software Engineer designing and developing embedded software that interfaced the F-16 Wild Weasel to the High-speed Anti-Radar Missile (HARM). During that time, the 8086 Intel processer was introduced to the market and the software was written in Assembly language and PLM-86.

I then moved to StorageTek and worked on Iceberg (a RAID-5 Disk System). The embedded software was written in C++ with some assembly.

I've worked for Computers Unlimited for the majority of my career. My wife and I wanted to get closer to home as she is from Montana and I'm from northeastern Wyoming. I started at CU as a programmer where I worked on Unix, Linux, and OpenVMS systems. At that time our software was written in a language called Dibol, later called DBL, which is now called Synergy. Our software, called TIMS Software, is used by Home Medical Equipment Providers (HME), and Gas & Welding Supply Distributors, and Hearing & Speech Practices.

After programming, I moved into management, where I started with a small team of developers and testers. I'm currently the Director of Development. I have many additional responsibilities; including helping define the strategic direction of the product and the company.

Computers Unlimited has been a great company to work. I have been responsible for leading the migration of our product from legacy operating systems to Windows and SQL. We are continuously improving and enhancing the application. The current application is based on some of the latest technologies available from Microsoft including C#, WPF, EF, SSIS, SSRS, etc. Over the past few years we have developed smart phone applications using Xamarin. We have also started to provide analytics tools using Microsoft Power BI.

Over the past few years, our development practices and processes have shifted from a waterfall methodology to Agile Scrum. We also use many iDesign practices taught by Juval Lowy. We have also transitioned from manual testing to automate regression testing including unit, functional, end-to-end testing.

Connect with Jim McKenney on LinkedIn.

I am the manager of Custom Programming in our Development Department.  We work closely with our customers to enhance the software to suit their individual business needs.  My team is  challenged to find the best possible solution for our customers.  I have been very fornunate to work at Computers Unlimited with so many dedicated individuals.

Connect with Lisa Kelly on LinkedIn.

It gives me great pride to show up at the CU offices each day and have the opportunity to work with extremely talented and dedicated individuals. CU has, and continues to provide, a tremendous environment for everyone to succeed and be a part of something bigger than themselves.

I began working at CU in our accounting support department. Over 7+ years I was able expand my knowledge of TIMS beyond  accounting and into the Medical side of our business. Then I accepted a position in our Technical Products group to help support our Business Intelligence product (Diver).  I was not in Diver long before I was provided the opportunity to become a manger in our development department. The Emerging Technologies group was formed and for 10 years we have focused on creating new products that keep CU at the forefront of our industries.

When I am not with my CU family, I spend most of my time with my wife and daughters. I have a passion for hunting, fishing and camping and take every chance I get to escape into the outdoors. I also have a passion for sports of all kinds but basketball is my first love. While my days as a player are winding down, I do get to fill that void by coaching my daughters in youth basketball.

Connect with Blaine Salveson on LinkedIn.

Computers Unlimited is a company that is passionate about helping businesses be more successful and values the people that make it possible.  In my span of over twenty years at CU, I’ve been given the opportunity to grow and succeed professionally and be able to raise a family and achieve goals in my personal life.

I now have the privilege of leading a great team of people in our sales and marketing groups while still being able to work directly with our customers with whom I’ve built lasting relationships.  I truly enjoy being a part of the great industries we serve and look forward to continuing to provide solutions to address new challenges in today’s ever-changing markets.

Connect with Tracie Hunt on LinkedIn.

We have had a lot of success because of the longevity of our employees.  We pride ourselves on creating a culture that allows for ideas to be brought forth and for our employees to grow as leaders. Our people truly make it happen and it shows when you have employees coming to work every day and liking what they do.

I started my career at Computers Unlimited as a Distribution Technician intern while finishing my degree at MSU-Billings. My primary responsibilities were to distribute and install software changes to our customer base. After graduation I accepted a position in our Application Support department supporting the accounting side of our software. I was then promoted to an upgrade specialist and was responsible for upgrading our entire customer base from a legacy version to our new Windows version.  I then accepted a management position in our Development group on the Industrial Gas and Welding side of the business.  My main functions as a Development Manager are to provide first-line leadership of employees, lead, and actively participate in, day-to-day operations within the group to ensure projects are designed, programmed, tested and documented with quality. Lastly, we manage customer relationships throughout the company and maintain a philosophy of service and professionalism.

On a personal level I volunteer with the Heights Exchange Club promoting the prevention of child abuse, youth activities for low income schools in our area and anything to do with our service men and woman who are fighting for our freedom throughout the world. I also coach several youth sports (Basketball, Football, Soccer & Baseball). Lastly, I enjoy spending time with my wife and son.

Connect with Kevin Fichtner on LinkedIn.

Like the other CU Software Development Managers, I lead a great team that works towards providing quality solutions to our customers. My team is focused on the TIMS Medical product, the TIMS Business Intelligence solution including TIMS Cubes and Reporting, and the distribution of TIMS Software Updates.

I started at Computers Unlimited as a programmer. Fresh out of college I was drawn to the CU way because of the people that work so hard and care about each other. That same spirit and the friendly city of Billings has kept me here. Outside of work I enjoy staying active with my fantastic wife, three kids, and friends. I coach and referee youth sports. I also play soccer, ultimate frisbee, and basketball recreationally. The Rims that stretch through Billings have provided a landscape for my newest passion for rock climbing.

Connect with Davis Almanza on LinkedIn.

Connect with Annabelle Blake on LinkedIn.

"It's amazing to me the quality and longevity of CU's employees. It really speaks to the culture and family atmosphere at CU, and I truly enjoy working with this team every day. We have more than just a handful of employees with multiple decades of experience. You know you are doing something right, when you have that type of commitment from your people."

Connect with Jason Kaatz on LinkedIn.

Connect with Megan Devenny on LinkedIn.

Every day, I work with employees who truly have our customers best interest in mind, and really get the job done. It is that culture that makes Computers Unlimited such a great company to work for. Our people make it happen.

Connect with Michael Frank on LinkedIn.

Are you ready to start the conversation?

Get your questions answered during a personalized tour with one of our business consultants.